0
The product has been added to your cart
Take advantage of free delivery for 0,00 € more
Continue Proceed to checkout
> Moisturizing care>Moisturizing Milk 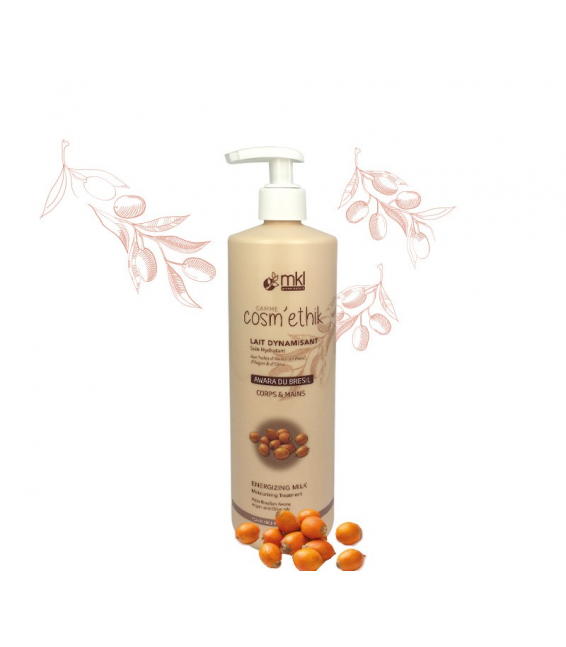 Our used body lotion daily instantly helps the skin to regain its appearance fresh and sublimated.

With Awara oil of Brazil

Naturally rich in beta-carotene, it possesses a nourishing and anti-ageing action.

Rich in vitamin E anti-oxidant properties essential to fight against the aging of the skin.

Thanks to its antioxidant properties and vitamins A, D, E and k which it contains, olive oil moisturizes, tones and protects the skin from external aggressions.

This range was created to make you discover natural assets less known as the oil of Tamanu present in this milk or still the awara of Brazil, the ass's milk of the Gers used in other products of the range.

These formulae were developed around powerful natural assets with little conservative and the little used answers the cosmebio (ecocert) specifications. the purpose being to sublimate cosmetics used on a daily basis, to bring them additional functions by associating various natural assets.

Delivered in 48h
In France

Free delivery
From 59 € in France